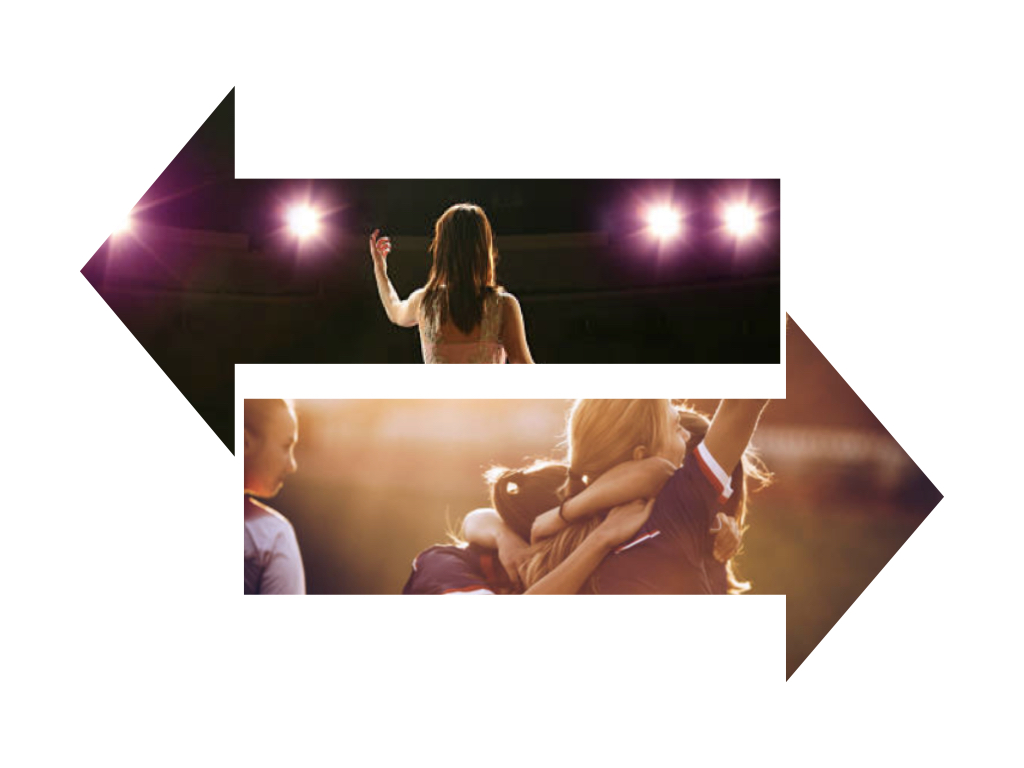 “My passion is better than yours.”

This is the battle between sports lovers and art lovers alike. Both sides argue the benefit of one over the other, and it often feels like sports lovers win the debate when arts funding, education, and opportunities are cut. There are two sides and we’re often asked to choose one.

But it’s a fight between apples and oranges; they’re both healthy for you!

Between sports and the arts, many lessons you learn are interchangeable. Communication, discipline, confidence, how to listen, how to focus, how to deal with rejection; the list goes on and on. And no group understands this more than those in the performing arts.

A musical, by definition, is a performance on stage or onscreen that involves singing and dancing to tell a story. For those of us in theatre, however, it means blood, sweat, and tears from the first audition to closing night.

There’s no room for error as you spend months rehearsing your lines, cues, and choreography for a show that might only run for a few nights. You’ll spend hours and hours going through one musical number until you can perform it flawlessly. On top of learning your lines, you’ll practice how to deliver them emotionally. If something goes wrong during the show, you’ll smile and push through it, acting as if it was supposed to happen. And when the curtain drops on your final performance, you’ll start preparing for the process all over again.

In sports, you spend months training for every upcoming game or race. You’ll spend hours and hours exercising your body to be in peak physical condition. You’ll practice throwing, tackling, pitching, catching, a swim stroke, a serve, a spike… anything that will help your team win. If you lose, it’ll hurt, but you’ll persevere until your next event. And when the season is over, you’ll start the process all over again.

There are commonalities between sports and the arts, and as mentioned before, the lessons you learn are interchangeable. There are benefits, however, that are unique to each one.

For example, the American Alliance for Theatre and Education cited a study published in Champions for Change that found students who participated in theatre classes had “higher levels of empathy and tolerance towards others.” Separately, Global Sport Matters cited a study published in Human Kinetics that saw how student-athletes developed strong leadership skills, since they had to “encourage and influence team members to pursue team goals.” Both groups of students learned how to connect with the people around them, just in different ways.

Whether you’re in a show or on the field, you develop mental, emotional, and physical skills that you carry with you in the future. Exposure to both can provide a greater advantage and make for a more well-rounded education, but those opportunities need to be available. It’s important for schools to keep arts programs funded, not just sports, in order to give students a chance to choose their own path, whether it’s to become an artist, an athlete, or both.

If you decide to audition for a musical rather than the track team, what you experience will be different but it won’t be any less empowering or beneficial. Most importantly, it will be a personal decision, not one made due to limited access.