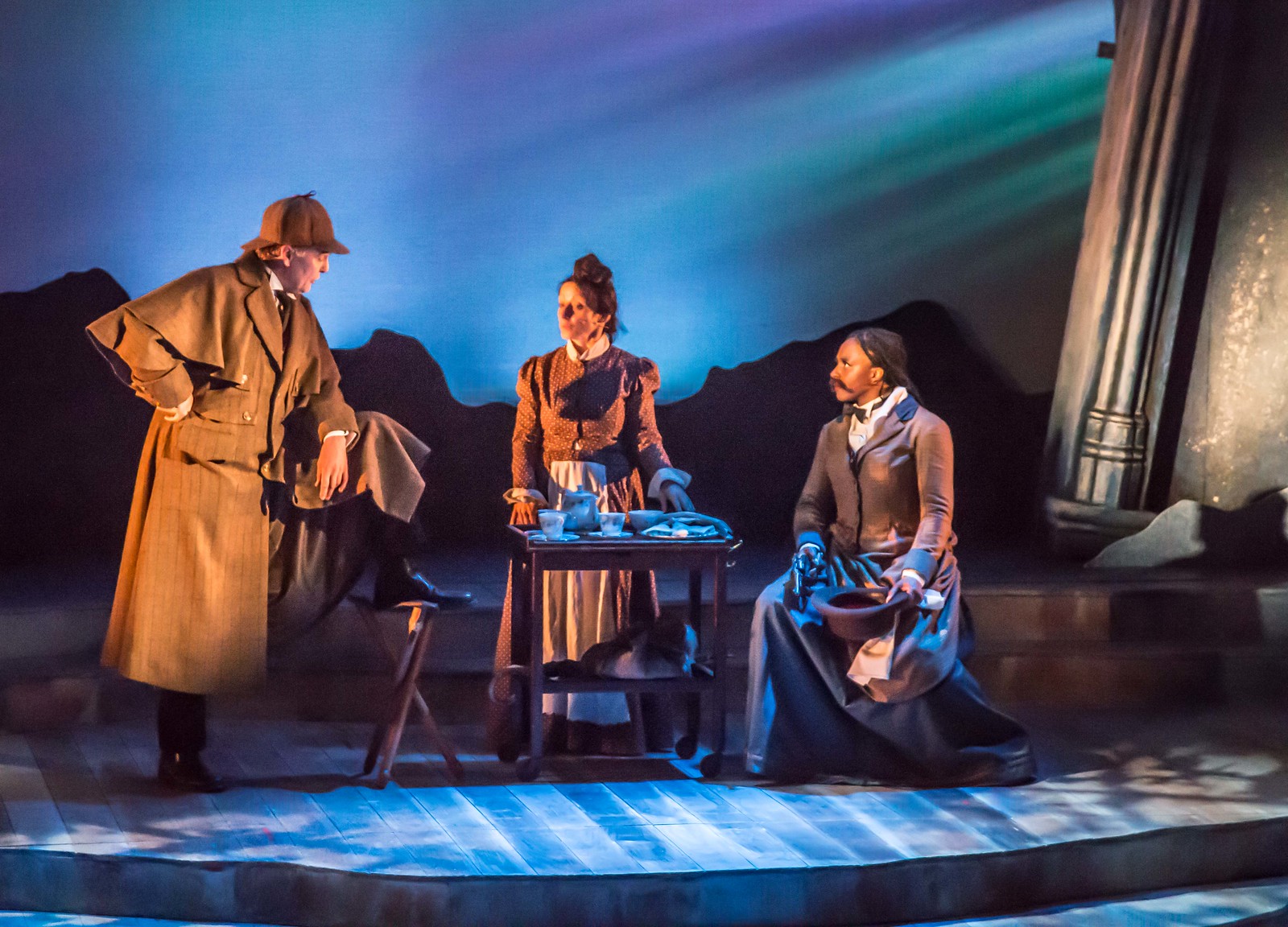 What do “Sweeney Todd,” “Mary Poppins,” and “Oliver!” all have in common? They’re set in the United Kingdom! If you’ve landed a part in one of these shows, or any other show set in the UK, you might need to start working on your accent.

There are many types of accents across the UK, but the Received Pronunciation (RP) accent is a good place to start. Our friend and esteemed dialect coach William Conacher – whose credits include films like Bohemian Rhapsody and stage productions like Billy Elliot – shares his 5 tips on how to nail the RP accent for your role!

1. Get the period right.
British accents have changed a lot through the decades. Listen to something typical of the period in which the play (or musical) is set. Harry Potter is not a good reference for Noel Coward and vice versa.

3. Add the R.
When a word ends with the neutral vowel and usually spelled with an ‘a’ at the end (idea, America, Maria), you can add an ‘r’ that shouldn’t really be there if the following word begins with a vowel. For example: ‘that idear is really good’, ‘Americar is a big country’, ‘Mariar is lovely’.

4. Practice those vowels.
The hardest vowel sounds for Americans to nail are the short ‘o’ as in ‘not’ and the long ‘aw’ as in ‘naughty’. For ‘not’, ‘shot’, etc. practice them as ‘nut’ and ‘shut’ then round the lips over that short vowel. For ‘naughty’, ‘awful’ etc practice saying as if they were spelt ‘norty’ and ‘oreful’.  Then keep that length and that rounding but drop the ‘r’.

5. Lean into it.
British people don’t necessarily speak well, or carefully. Even the Royal Family drops their ‘t’ sounds at the ends of words these days. Obviously it depends on the play or musical and the character, but don’t treat the accent with kid gloves.

We all know the phrase that “practice makes perfect,” but now you know exactly what to practice when learning to speak your lines with an RP accent.

Check if Your Show Is Available

The Arts Are Important, Too!