Berlin to Broadway with Kurt Weill A Musical Voyage - ProductionPro

Berlin to Broadway with Kurt Weill A Musical Voyage is available on ProductionPro! 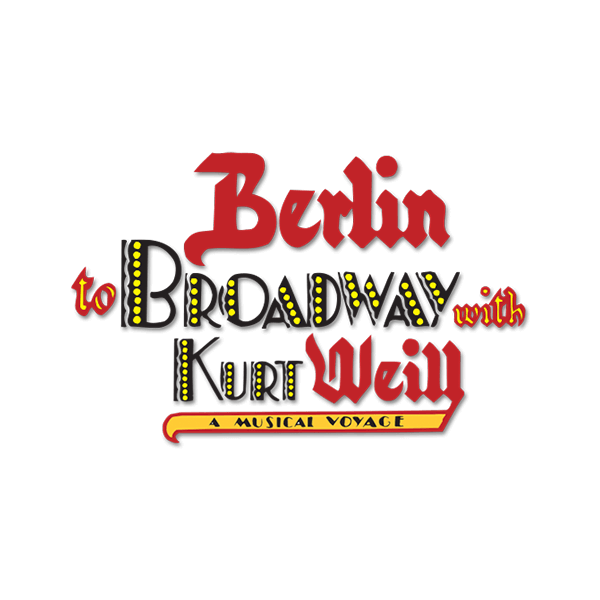 A musical voyage through the storied career of the incomparable Kurt Weill.

Greeted and ushered along by a charming Guide, audiences are invited to board the musical vessel that is Kurt Weill’s rise to international acclaim. Setting sail in 1920s Berlin, Mr. Weill’s cross-continental and international travels are described with immaculately crafted narration, surrounded by the composer’s most noteworthy works. Selections from more than a dozen of Weill’s pieces — including The Threepenny Opera, Knickerbocker Holiday and Lost in the Stars — are chronologically performed while Weill’s partnerships — both musical and romantic — are dissected. An intoxicating retrospective, Berlin to Broadway with Kurt Weill perfectly fills Weill connoisseurs’ cravings and sends those otherwise unfamiliar with his work, away from the theatre with an appreciation for the musical genius that is Kurt Weill.

What’s included for Berlin to Broadway with Kurt Weill A Musical Voyage: