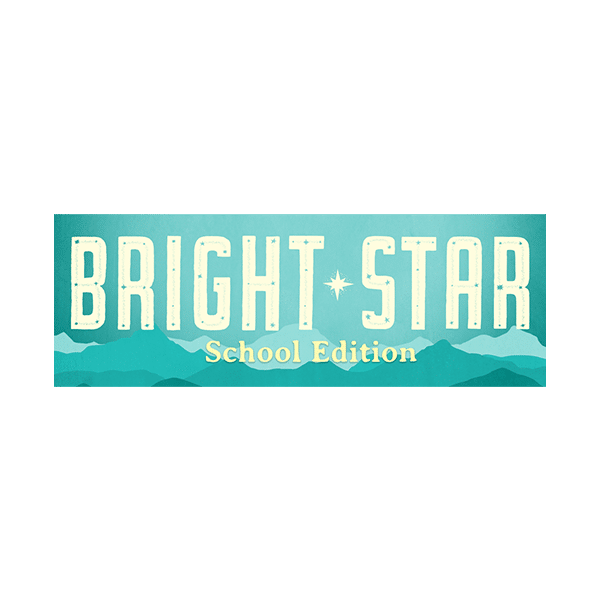 BRIGHT STAR SCHOOL EDITION has been adapted from the original Broadway Production. The School Edition has been carefully edited, with additional director’s notes throughout, to make the show more producible for high school groups. In some cases problematic language has been changed, while in others an alternate choice is offered at the discretion of the director.

Inspired by a real event and featuring the Tony®-nominated score by Steve Martin and Edie Brickell, Broadway’s Bright Star tells a sweeping tale of love and redemption set against the rich backdrop of the American South in the 1920s and ’40s. When literary editor Alice Murphy meets a young soldier just home from World War II, he awakens her longing for the child she once lost. Haunted by their unique connection, Alice sets out on a journey to understand her past – and what she finds has the power to transform both of their lives.